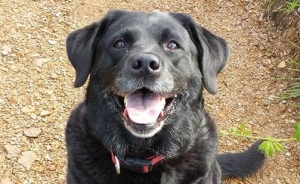 DEEP in the forest lay a pharmaceutical testing facility. Its location was once a secret but it was common knowledge now that many sentient beings of the four-legged variety went in and never came out.

Leading away from the bars of the massive steel gate and between an avenue of conifers was a road that disappeared into a band of thick fog. This place would have been eerie were it not for the commotion.

A dozen or so security personnel had lined up to face the angry throng on the other side. Today the AFB was out in force, along with the usual agents provocateurs and whoever else had decided to join the party. Chants and placards punched the air. The only thing keeping the crowd clear of the entrance was the two rows of metal barriers flanking the gate. Each had its own complement of Dayglo police officers, unarmed and mostly first-timers by the looks of things. Two of the security guards exchanged nervous glances. Another rolled his eyes and let out a weary sigh.

This was going to be a long day.

AN UNMARKED white van emerged from the thinning fog. It was intercepted by two police officers before it could reach the gate. The driver rolled down the window.

One of the officers approached to ask the driver a question, which could only be overheard by those in close proximity. Within seconds, she and her colleagues were shoved to the side like skittles and the crowd locked in a scrum around the vehicle.

The rocking was relentless. Thinking he and his passenger might be in mortal danger and with the intention of reversing the hell out of there, the driver attempted to secure his window. But four pairs of hands got there first, pulling down on the glass. The police were nowhere to be seen.

The protester with the green Barbour coat had the driver by the neck of his tee-shirt, half pulling, half cursing him. But the driver had the advantage. He grabbed the fully fastened neck of the man’s coat into a vice-like twist that made its occupant relinquish his hold and his face turn blustering shades of pink and blue.

The driver growled “Look, pal …” followed by something that no one else could hear above the deafening racket. The result was that the front row of the angry mob stood down. Chinese whispers ensued until finally a man who looked like he might be the ringleader lifted his megaphone.

“Stand back. I’m coming through!”

The melee parted so he could make his way to the rear of the vehicle. There was a hush as he flung the doors open to inspect the payload, then a gasp when it became apparent what was in the boxes.

EVEN now that that the police had regained control and the mob lost its appetite for further mayhem, no way would the guards open the gate. Not that they didn’t want to, they would gladly have allowed through the consignment of sandwiches, bagels, cakes and chocolate donuts. Instead, they signed for it and insisted it be left in situ. And to demonstrate their humanity, the protesters honoured their promise not to taunt them by scoffing the lot.

Just as the driver pulled away, his passenger turned to him and said “So what the **** was all that about? You and your ****ing sense of humour.”